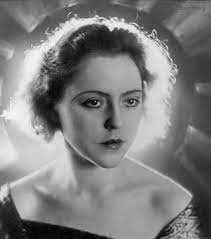 She had been trained in classical ballet (studying under Preobrajenska and Trefilova), and also in Mary Wigman’s school.

Collin was a famous dancer in the 1920s and had nicknames such as ‘The Mata Hari of dance’ and ‘Moon Goddess’. Collin broke through in the Netherlands in 1928. She was known as the first actress with ‘star allures’.   She was recognised as such throughout Europe. In 1933 she opened her own dance school in The Hague.

In 1937 as well as in June 1941 Darja and her co-dancer Edmee Monod toured Netherlands East Indies (NEI). An article in the Sumatra Post shows that in November that year she was still in NEI.

According to the article below she escaped several theatres of war – together with  Edmee  – before arriving in Australia. Her she changed her name into Darya.

There were two more partners.  Audrey Barron, a young pianist from Western and Elaine Haxton the Troupe’s costume designer.

At that time three of them lived at 17 Rosemont Av in Edgecliffe, Sydney, Allison lived in Willoughby and Elaine at Potts Point..

According to an article in Sydney’s Wireless Weekly from 5 September 1942:
Darja dances with fluency and expressiveness. Most of her items required more interpretive than technical skill, and she was at her best in “L’ldole,” an Eastern dance, and “Potiphar’s Wife.” She rose well to the varying moods of each dance. Edmee Monod danced with grace and vivacity.

Their war time travels also led to a minor diplomatic incident between Australia and the Netherlands. In March 1945 the five women had left from Archerfield Airport, Brisbane to Merauke in Dutch New Guinea to entertain the troops.

The Australian Director-General of Security noted in May 1945 that the three women had travelled without passports and exit permits. When questioned at Archerfield the Dutch Liaison Office had stated that they were three ‘Dutch Army Nurses’. When interrogated on their return the security note states that ‘The story was a complete falsehood’.

The Deputy Director of Security of Queensland was ordered to inform the Dutch authorities that they will no longer be permitted to proceed to Dutch New Guinea unless they are in the possession of passports and exit permits. (Source Documents in the National Archives of Australia)